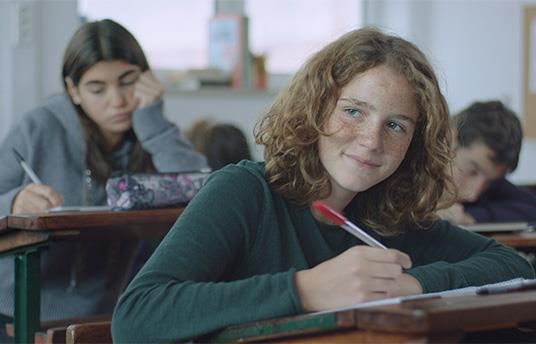 This film is screening as part of The Journey Within programme. Buy your tickets here .

A young red-haired boy draws the ire of local bullies because of his unique appearance. To make things worse, he has a crush on one of the girls in the gang that is bullying him, a feeling that appears to be reciprocated. A chance meeting with another boy hatches a strategy that ultimately leads to him standing up for himself in this short about exclusion, empathy, and courage.

Ngima Gelu Sherpa is a photographer turned writer, director and producer. His debut short film 'Phulsiri' (2016) won the Best Children's Film award in Nepal and was screened in dozens of film festivals across the world. In 2018, he received a full Erasmus plus scholarship to pursue a master's in film direction at Kino Eyes: The European Movie Master’s program in Lisbon, Edinburgh, and Tallinn. 'Adaptation' (2020) is his graduation short film. The same year, he also made 'Home' (2020). The film premiered at Internationale Kurzfilmtage Oberhausen, where he was awarded the Prize of Ecumenical Jury–Honorable Mention.