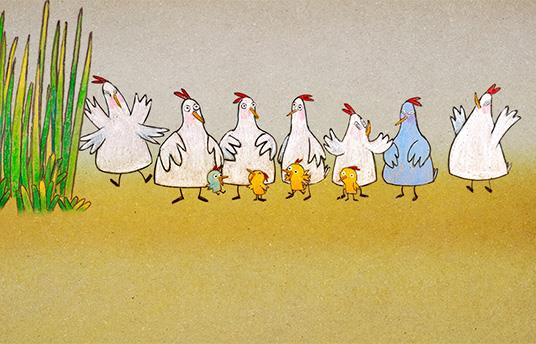 This film is screening as part of A World of Colour programme. Buy your tickets here .

A family of blue chickens are ostracized from their white flock just for being a bit different. But when a prowling fox arrives, they quickly learn to focus on what they all have in common rather than what separates them. 'Colourful Feathers' is a delightful animated short on the importance of seeing past the superficial differences that divide us—and instead, trying to recognise the traits that unite us all.

Maribel Suárez studied Industrial Design at the National Autonomous University of Mexico, before attaining her Master's in Design Research at the Royal College of Art, London. As well as being a filmmaker, Suárez has been a prolific children's book editor and illustrator since 1985.