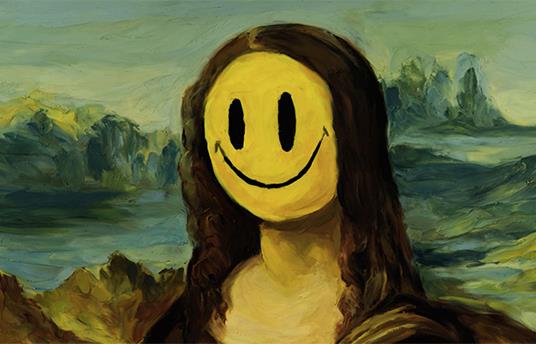 This film is screening as part of Uncertain Futures I programme. Buy your tickets here .

‘No Leaders Please’ is an eloquently animated film based on a poem about self-discovery and reinvention by Charles Bukowski. The composition is inspired by artists Basquiat, Banksy, Haring, and A Weiwei. Filmmaker Joan Gratz skillfully uses her pioneering technique of “Claypainting”—working directly before the camera, applying bits of clay, blending colours and etching fine lines to create a seamless flow of captivating images.

Joan Gratz is an Academy Award-winning director of animated short films and commercials. Her films range in content through painterly expressions of poetry, improvised abstraction, and animated social documentary. Joan developed animated painting when an architecture student at the University of Oregon, then shifted from paint to clay while working with Will Vinton Studios. During that time, her work included design and animation for the Academy Award Nominees 'Return to Oz', 'Rip Van Winkle', and 'The Creation'. She established her own studio, Gratzfilm, in 1987 and has served on major film festival juries in Asia, Europe, and North America.