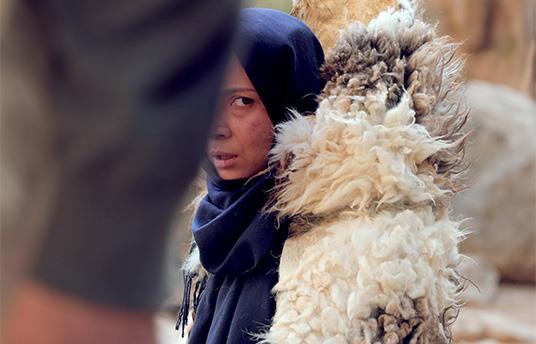 This film is screening as part of Uncertain Futures I programme. Buy your tickets here .

An Afghan woman hides her child in a bag because she does not have enough money to take them both across Iran’s border. But her plan is exposed with heartbreaking consequences. Forced to leave her unsympathetic smuggler's truck, she is put in an unforgiving position with only unthinkable options left. This tense and visceral, dramatic short puts viewer uncomfortably close to the types of seemingly impossible decisions faced by millions of displaced people around the world.

Mosayeb Hanaie was born in 1986 in Shiraz, Iran. He holds a BA in cinema (Directing) from Sooreh Art University in Tehran and a MA in cinema from the Iran Broadcasting University. He began making short films in 2010 with a project called 'Anything Unimportant' and has completed three films, two fiction and one documentary.