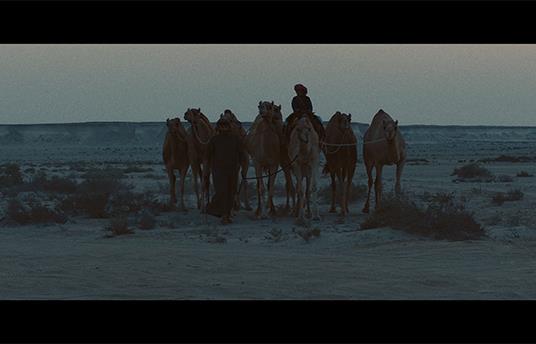 A Bedouin boy named Hamad forms a strong bond with a newborn camel, who he calls Olayan. When Olayan is later sold to market by his father, young Hamad embarks on a daring mission to rescue his best friend. Set in 1990s Qatar, ‘Olayan’ is a moving portrait of a young boy on the cusp of adolescence. The film tenderly captures the nuanced relationship between father and son as Hamad begins to establish his sense of self and independence.

Khalifa Al-Marri is a visual artist and filmmaker who has made several contributions to the fine arts community in Qatar. Al-Marri holds a degree in communications from Qatar University and a diploma in directing from NYFA. His debut short film, ‘Man of the House’, premiered at Ajyal in 2015 and received multiple awards on the festival circuit. His short entitled ‘Fragile’ participated in DFI’s exchange with La Fémis workshop in Paris. Khalifa recently completed an experimental short film called ‘Embodiment’ before writing and directing ‘Olayan’, which was produced through DFI’s Qatari Film Fund.