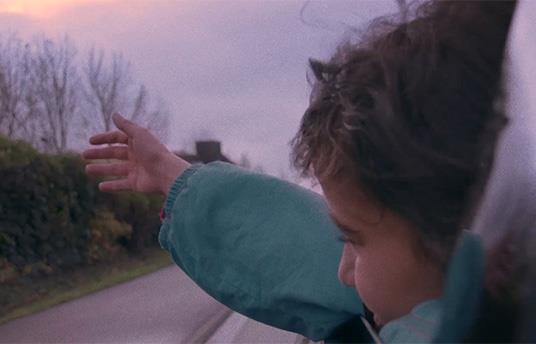 This film is screening as part of The Journey Within programme. Buy your tickets here .

When 8-year-old Kati stows away in her father's delivery van, Faruk must juggle his responsibilities as a single dad while holding down his first job in a new country. They make a great team travelling from delivery to delivery together. But as their relationship deepens, a brush with covert racism tests the bond between a father and daughter in this heartfelt short drama about family, immigration and overcoming prejudice.

Born in Afghanistan and raised in Germany, Wahdat attended New York University's graduate film program as a Dean's fellow. Her work as a cinematographer premiered at the 2020 Sundance Film Festival and the 2019 Berlin International Film Festival, and she contributed camera work to the Academy Award–winning ‘Learning to Skateboard in a Warzone (If You're a Girl)’. Wahdat was selected for the American Society of Cinematographers’ Vision Mentorship Program.