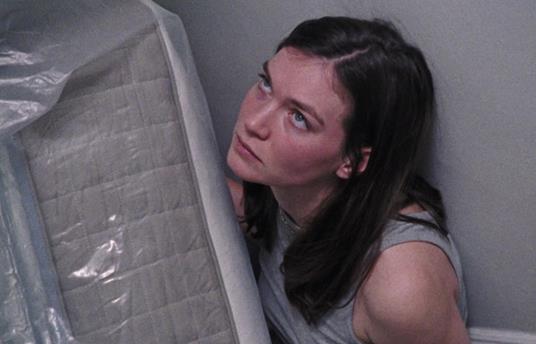 This film is screening as part of Made in USA programme. Buy your tickets here .

Transporting an old mattress up several flights of stairs and into a new apartment becomes an absurdist, cinematic one-woman choreography, full of humour and pathos in this wordless vignette of city life. Drawing inspiration from her move after college, Dancyger captures a Sisyphean-like endeavour that is all too familiar to city-dwellers the world over. The short stars the talented Hannah Gross, best known for her role as Debbie Mitford in the Netflix drama ‘Mindhunter’.