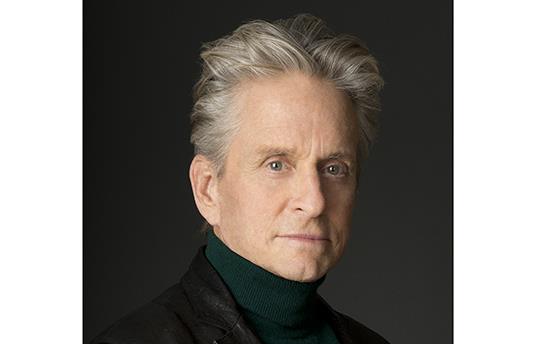 Michael Douglas
An actor with over forty years of experience in theatre, film, and television, Michael Douglas branched out into independent feature production with the Academy Award-winning 'One Flew Over the Cuckoo’s Nest' (1975). Since then, as a producer and actor-producer, he has shown an uncanny knack for choosing projects that reflect changing trends and public concerns. Over the years, he has been involved in influential motion pictures such as ‘The China Syndrome’ (1979) and ‘Traffic’ (2000), as well as popular films including ‘Romancing the Stone’ (1984), ‘Fatal Attraction’ (1987), ‘Basic Instinct’ (1992), ‘Behind the Candelabra’ (2013) and ‘Wall Street’ (1987)—for which he won an Academy Award for Best Actor. He is currently shooting his third ‘Ant Man’ feature film for Marvel Studios.

In 1998, Douglas was made a United Nations Messenger of Peace by Kofi Annan. His main concentrations are nuclear non-proliferation and the control of small arms. He was the recipient of the 2009 AFI Lifetime Achievement as well as the Producers Guild Award that same year. In 2011 Douglas was awarded the ‘Chevalier de Arts et des Lettres’ in France by Frederick Mitterand and was awarded a second French Cesar for Career Achievement in 2016, becoming the only American to be given this honour twice.