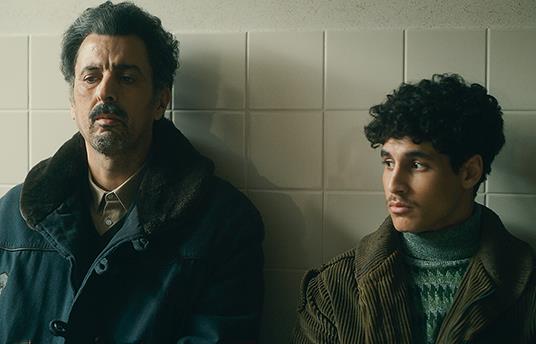 December 5th, 1986. Thousands of students take to the streets of Paris to protest the harsh higher education reforms. Twenty-year-old Abdel Benyahia attempts to break up a bar fight but is tragically shot dead by a drunken police officer. Just hours later, Malik Oussekine is pursued and beaten to death by three police officers from the controversial motorcycle unit. As revolt threatens to erupt amidst a population horrified by Malik’s murder in the heart of their city, the families of both victims, while never meeting, struggle to understand what really happened that night.

Three-time Academy Award® nominee Rachid Bouchareb revisits the dramatic events of Paris in December 1986. While Malik Oussekine’s death made national headlines, the equally tragic death of Abdel Benyahia was relatively forgotten. Although unrelated, the shocking events are linked by a single, harrowing night and inspector Daniel Mattei. Charged with investigating both deaths, he is faced with an unwilling police force and government who conspire to cover up Abdel’s death and discredit the murdered man. ‘Our Brothers’ is a timely and sobering story about police brutality and race relations with sadly all-too-contemporary relevance.

Rachid Bouchareb is a French director, producer, and screenwriter. He began as a short film director before going on the found his 3B Productions production company. Throughout his career, he has questioned history through his many feature films including 'Cheb', which won him an award at Cannes FF in 1991, 'Indigènes' (Days of Glory, 2006), and 'Hors la Loi' (Outside the Law, 2010). He went on to film an American trilogy: 'Just Like a Woman' (2012), 'Two Men in Town' (2014) and 'Le Flic de Belleville' (Belleville Cop, 2018).