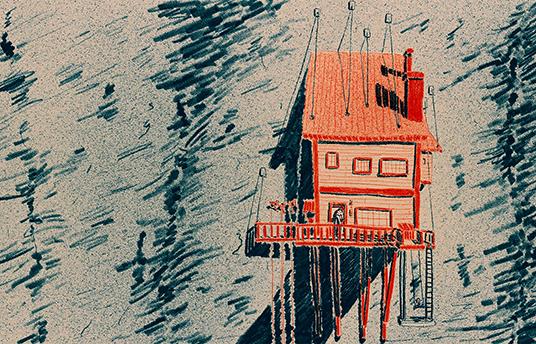 Every day, a father and his son bravely parachute jump from their house carrying with them the precious cargo of ice that they produce in this foreboding animation about climate change.

João Gonzalez is a Portuguese director, animator, illustrator, and musician with a classical piano background. With a scholarship from the Calouste Gulbenkian Foundation, he achieved his master’s degree at the Royal College Art (UK), after finishing his degree at ESMAD (PT). In these institutions, he directed two films, 'Nestor' and 'The Voyager', that together received more than 20 national and international awards, as well as more than 130 official selections in film festivals around the world.