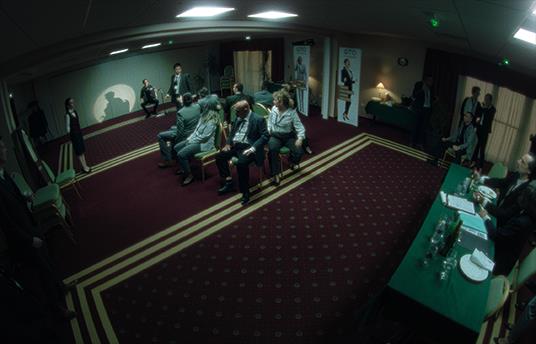 A shy teenager in search of recognition, a man ready to do anything to win a car, and a senior executive at the end of his career who wants to prove to himself that he’s still got it. Three hapless characters who are all hurtling towards equally unexpected fates in the pursuit of victory. ‘Fairplay’ is a darkly comedic short about the absurdity of peer pressure and one-upmanship.

Zoel Aeschbacher is of Swiss and Vietnamese origin. His graduation film, ‘Bonobo’ (2018), received the Audience Award at Clermont-Ferrand Film Festival and won the Student Academy Award for Best Film in 2019. He directed ‘Fairplay’ in 2022 and is currently working on his first feature film, ‘Underdog’.