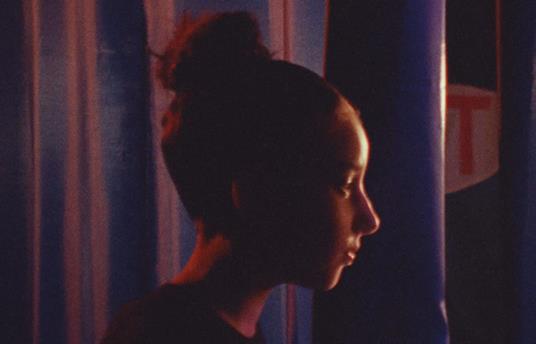 Despite the shimmering lights, upbeat music and assumed fun of her roller disco class—something is weighing heavy on the shoulders of 12-year-old Inés. Her dance class is a planned distraction, one that was meant to take Inés away from the flashing and beeping lights of her ailing sister’s EKG machine. Learning balance in more ways than one, the young girl begins to compartmentalise her feelings in this nostalgic 80s short about maturation, family, illness and hope.

Emilia Herbst is an Argentinian director, producer and actor who studied at the Escuela Metropolitana de Arte Dramático (EMAD) and the Universidad del Cine in Buenos Aires. She currently works in film and television. ‘An Invisible Apprentice’ is her debut short film as a director.