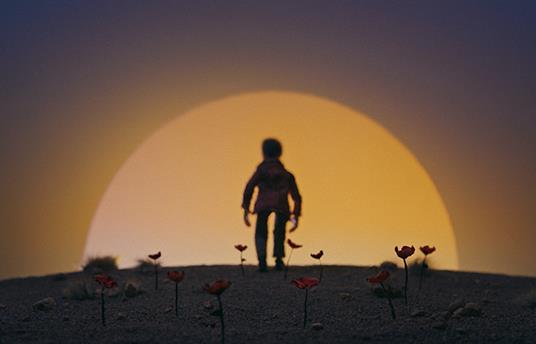 Amidst a cacophony of shelling, Midyan is forced to flee his war-torn home. Packing only a suitcase of his dearest possessions, he embarks on a perilous journey into the unknown.

Antoine Antabi was born in Damascus in 1983 and graduated from the University of Fine Arts in Damascus. He finished his studies in 2006 with a degree in stop-motion animation. His first stop-motion film 'Silent Thoughts' premiered at the Damascus International Film Festival and won the bronze award in the short film competition. After leaving Syria, he lived in Dubai and Lebanon. Since 2019, he now lives in Leipzig, Germany, and works as a graphic designer and photographer, while developing stop-motion projects.