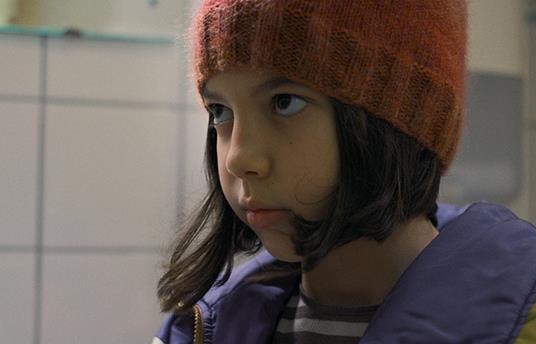 In her efforts to obtain accommodation and, therefore, a residence permit in Austria, Marinela—an overburdened, single Romanian mother—relies on her daughter Ilinca as a mediator and translator. However, Ilinca has other plans. She wants to talk to Bubu; she wants to go home. 'InBetween Home' uses a touch of humour to compassionately portray the struggles of first-generation immigrants as they encounter language barriers, bureaucracy, and homesickness in their hope of finding a new life.

Brigitta Kanyaro is a Romanian actress and filmmaker based in Vienna. She produced her first short film 'Liniste' (2017) which premiered at Transylvania IFF. In 2020, she was nominated for the Romy Young Talent Award for her first leading role in the series 'Last Will'. In 2019, she made her directorial debut with the short film 'Annamalai', which won the Austrian award at Linz ISFF. Kanyaro was selected for the 2021 artist residency Femart in Bucharest with her debut feature film project, where she won the main prize.