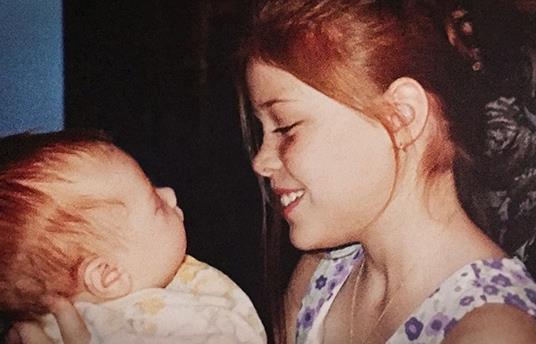 When eight-year-old Tess learned that her mother was pregnant, she was not excited at the prospect of a sibling. But with the birth of little Liv, who had the same fiery red hair as her older sister, an unbreakable bond was formed that, sadly, was torn apart too soon. Liv grew into a young woman full of energy and with incredible musical talent, but even as a child, she suffered from anxiety and depression until she was driven to a radical solution. Tess was left with a void in her life that she decided to fill by working with teenagers who have the same difficulties as Liv did.

‘My Sister Liv’ is a feature documentary following the inseparable sisters Tess and Liv. Liv is a young girl growing up with the relentless pressures of social media, depression, body dysmorphia, and, often, suicidal thoughts. The film takes us into the intimate journey of Liv’s raw emotions and fears of a young life on the edge, and, ultimately, Tess’s desperate struggle to save her. ‘My Sister Liv’ reveals the realities of stigma around mental health, and the aftermath for those left behind after a suicide. As a family learns to cope, they find hope in fearlessly talking about mental health and fighting to save young lives.