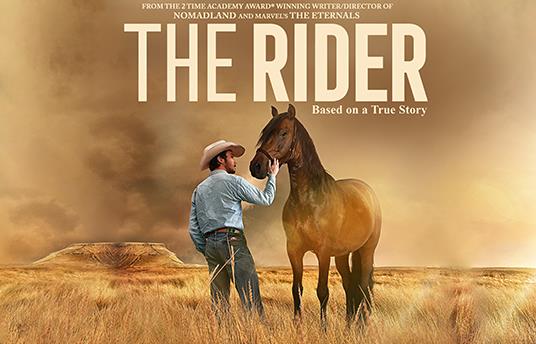 Profoundly empathetic, 'The Rider' stars Brady Jandreau as a once-rising star of the rodeo circuit warned that his competition days are over after a tragic accident. Back home, Brady finds himself wondering what he has to live for when he can no longer do what gives him a sense of purpose: to ride and compete. In an attempt to regain control of his fate, he undertakes a search for a new identity and tries to redefine his idea of what it means to be a man in the heartland of America.

Chloé Zhao is a Chinese film director, screenwriter, and producer. Her debut feature film, 'Songs My Brothers Taught Me' (2015), premiered at Sundance Film Festival. Her second feature film, 'The Rider' (2017), was critically acclaimed and received several accolades including nominations for Independent Spirit Award for Best Film and Best Director.