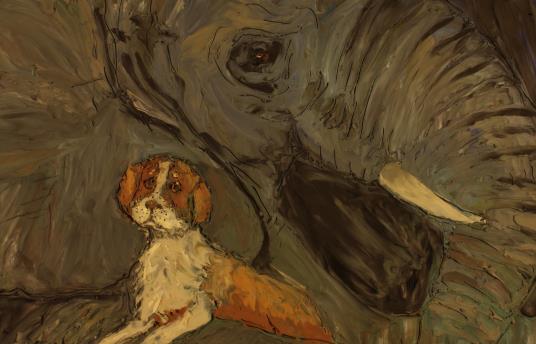 'The Elephant's Song' tells the true and tragic tale of Old Bet, the first circus elephant in America, as recounted in song by her friend the old farm dog.

Lynn Tomlinson is an award-winning animator whose poignant clay-on-glass films investigate environmental and historical stories from unusual points-of-view. She has received many grants and fellowships, including Independent Artist Fellowships in Media Arts from the states of Maryland, Florida, and Pennsylvania. In addition to her animation and media arts work, Lynn Tomlinson is a community-based public artist who led the construction of four large-scale ceramic mosaics in Central Florida.