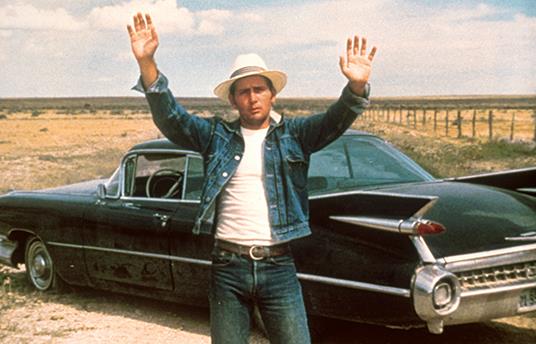 Inspired by real-life killers Charles Starkweather and Caril-Ann Fugate, this tale of crime begins in a dead-end town. Teenage girl Holly angers her father when she begins dating an older and rebellious boy. After a conflict between Holly and her father erupts in murder, the young couple is forced to flee. In the ensuing crime spree, they journey through the Midwest to the Badlands of Montana, eluding authorities along the way.