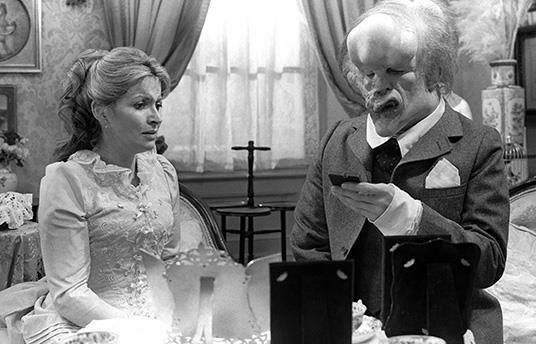 Dr. Frederic Treves discovers Joseph Merrick in a sideshow. Born with a congenital disorder, Merrick uses his disfigurement to earn a living as the "Elephant Man". Treves brings Merrick into his home, discovering that his rough exterior hides a refined soul, and that Merrick can teach the stodgy British upper class of the time a lesson about dignity. Merrick becomes the toast of London and charms a caring actress before his death at 27.