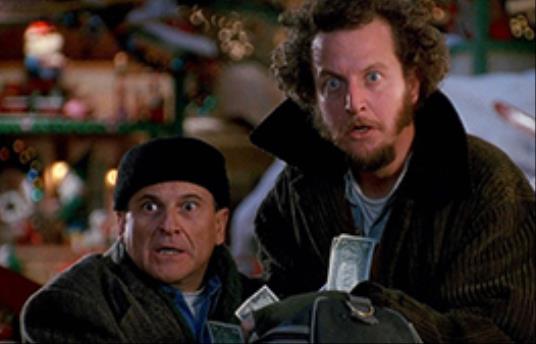 After snarky youth Kevin McCallister loses track of his father at the airport, he mistakenly gets on a plane headed for New York City—while the rest of the McCallisters fly to Florida. Now alone in the Big Apple, Kevin cons his way into a room at the Plaza Hotel and begins his usual antics. But when Kevin discovers that the Sticky Bandits are on the loose, he struggles to stop them from robbing an elderly man's toy store just before Christmas.