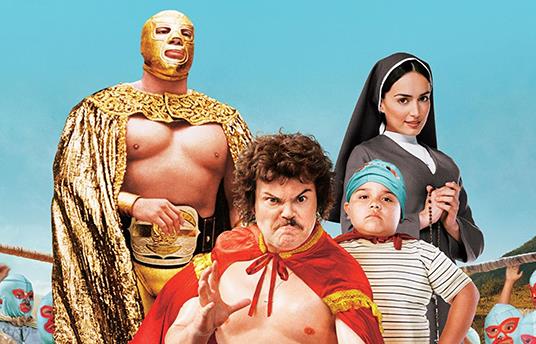 Ignacio—or Nacho to his friends—works as a cook in the Mexican monastery where he grew up. The monastery is home to a host of orphans whom Nacho cares for deeply, but there is not much money to feed them properly. Nacho decides to raise money for the children by moonlighting as a Lucha Libre wrestler with his partner Esqueleto, but since the church forbids Lucha, Nacho must disguise his identity.