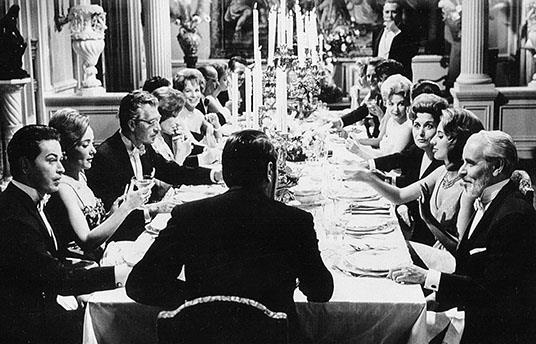 Doha Film Institute is delighted to present ‘Watching the Classics’, an online programme where filmmakers and cinephiles can deepen their knowledge of film history. Presented by renowned scholar Richard Peña—Professor of Film Studies at Columbia University and Director Emeritus of the New York Film Festival—this series of lectures/discussions each focuses on an undisputed world cinema classic.

In the monthly sessions, Professor Peña will present a given film within its aesthetic, economic, technological and social/political context, detailing each director’s formal techniques while teasing out the implications of these artistic and technical decisions.

To get the most from the programme, participants are recommended to view the films before each session, and all are readily available through various popular streaming services. After registering, participants in Qatar may request an appointment to view the featured film at our offices by emailing training@dohafilminstitute.com.

During the lecture, select images and clips will be included for discussion, and participants will be able to send Professor Peña questions, which will be addressed at the end of each session.

Join us for this chance to revisit some of your favourite films—or to discover works that have helped change the course of film history.

Richard Peña was the Programme Director of the Film Society of Lincoln Center and the Director of the New York Film Festival from 1988 until 2012. At the Film Society, Peña organised retrospectives of many film artists, as well as major film series devoted to numerous national cinemas. Together with Unifrance, in 1995, he created Rendez-Vous with French Cinema, the leading American showcase for new French cinema. He is Professor of Film and Media Studies at Columbia University, where he specialises in film theory and international cinema and has served as a Visiting Professor at the Sorbonne, Beijing University, UNAM-Mexico City and the University of São Paulo. He also currently hosts WNET/Channel 13’s weekly ‘Reel 13’.