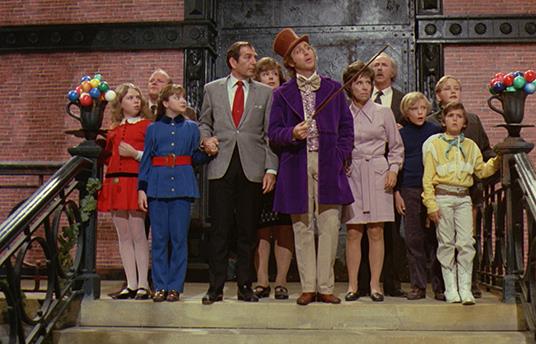 ‘Charlie and the Chocolate Factory’, the beloved children’s book by Roald Dahl, comes to glorious life in this 1971 adaptation. Scripted by Dahl himself and starring master comic actor Gene Wilder – whose death this year shocked his legions of fans – ‘Willy Wonka and the Chocolate Factory’ takes the hilarity of the book and adds a hefty dose of psychedelic art direction and some off-the-wall performances by actors of all ages to deliver a one-of-a-kind cinematic experience.

When Willy Wonka, the legendary recluse candymaker, decides to open his factory to five lucky children from around the world, the whole world is beside itself trying to find the five golden entry tickets that are hidden in bars of Wonka chocolate. Eventually, all the tickets are found ­– and a madcap adventure through the surreal candy-production plant begins.

Often in Dahl’s stories for young people, naughty, rude and otherwise unpleasant characters meet hilariously gruesome ends. The moral of this story is that greedy, self-centred and boorish behaviour is bound to bring about about a sticky end – in this case literally as well as figuratively. ‘Willy Wonka’ is good old-fashioned fun for the whole family.