The Boy and the World 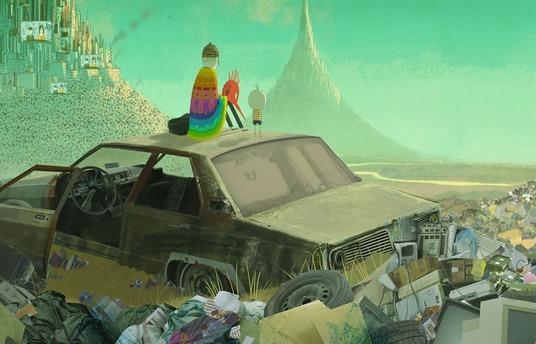 An amazing Brazilian animation that truly exemplifies the power of imagery and music as a combination that has more than enough to portray a powerful and profound message. It shows an adventurous quest that illustrates the issues of the modern world through the eyes of a child. A cautionary tale of globalization, 'The Boy And The World' teaches above all the dangers of the massification of the economy, of the mind, and of the soul.

Alê Abreu was born in São Paulo in 1971. At the age of 13, he he made his first short film, ‘Elephant Memory’, at an animation workshop at the Brazilian Museum of Image and Sound. He has directed the short films ‘Sirius’ (1993), ‘Scarecrow’, (1998) and ‘Step’ (2007). His first feature film was ‘Cosmic Boy’ (2007). His most recent film, ‘The Boy and the World’, won several awards worldwide, including Best Film and Audience Award at the Annecy Film Festival.